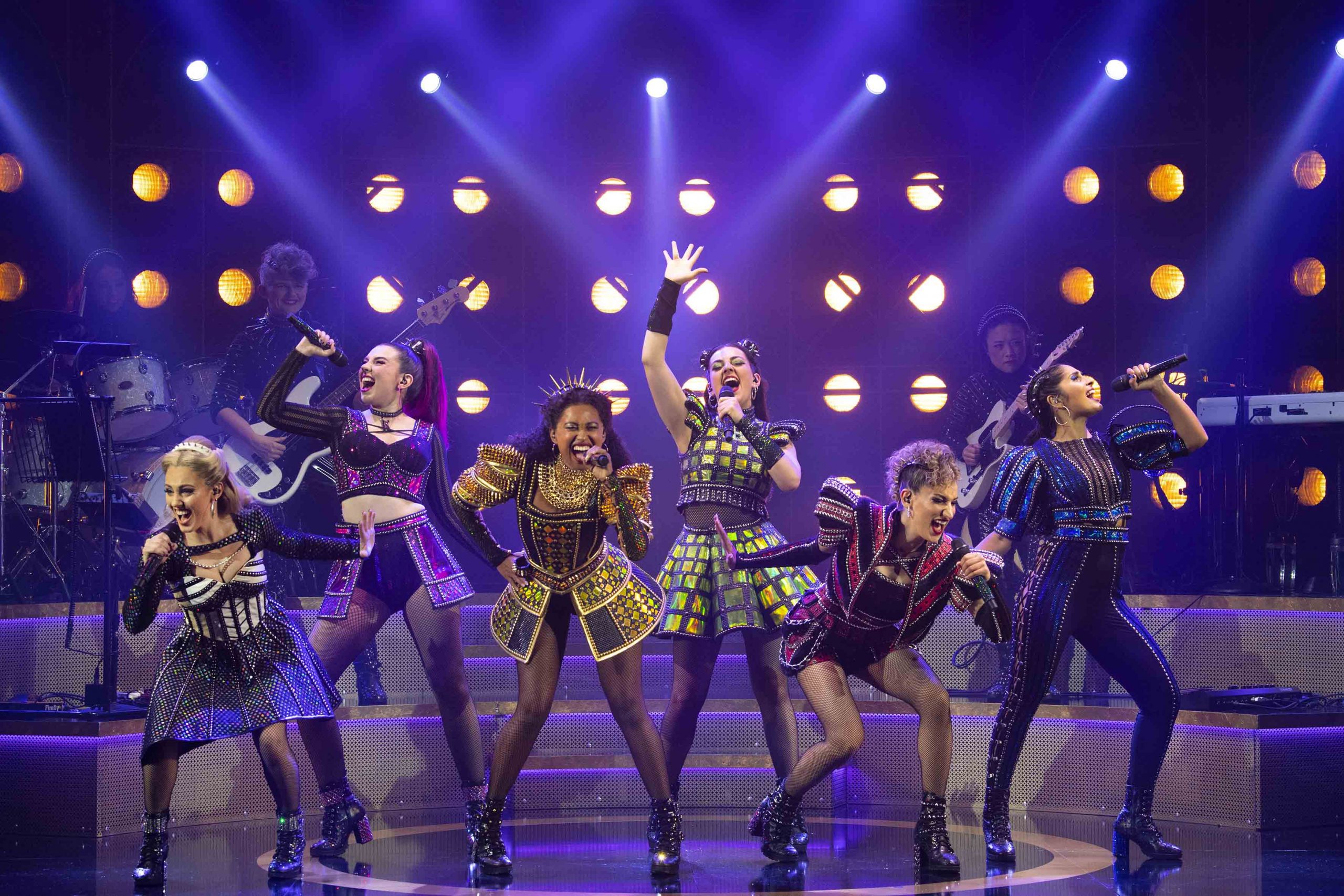 SIX The Musical has opened in Melbourne at the Comedy Theatre and is exactly what we need right now.

Not your typical musical, this one-act show more closely resembles a pop concert/Eurovision song contest than a traditional piece of musical theatre. A witty, pop-fuelled musical packed full of sass, SIX remixes the history of the six wives of Henry VIII – Britain’s notorious Tudor King – as they take to the microphone to re-tell their stories and reclaim their HERstories, once and for all. As the women battle it out, song by song in a competition to see who had the most tragic tale of all, audiences are treated to some highly energetic numbers full of explosive choreography and a lightshow like a Lady Gaga concert.

Loren Hunter takes on the role of the loyal third wife Jane Seymour. The independent Anna of Cleves is played by Kiana Daniele with Newcomer Chelsea Dawson taking on the role of the playful fifth wife, Katherine Howard and Vidya Makan playing the empowering Catherine Parr.

Joining these powerful women on stage is an all-women band who bring the energy and sound of a pop concert to the show. Right from the moment you enter the theatre, you are immediately transported back in time with baroque sounding renditions of modern pop classics played on a harpsichord. This is then thrown on its head from the first number which explodes out of the gate, revealing the six wives who have a score to settle.

This is a great show to bring a group along to for a fun night out!

Playing at the Comedy Theatre on Exhibition St. Melbourne, tickets can be booked at: sixthemusical.com